Following experience gained with the first batch of railcars that were built in 1954/55 to a lightweight design using aluminium, Derby Works developed a range of low density sets to a similar design albeit with steel, rather than aluminium, carriage ends to improve strength.

A large number of what later became known as the Class 108 vehicles were built and 51933 was a member of the final batch of power cars to be built in 1960 as part of lot number 30601. Members of this batch differed from those of earlier batches by having the large box on the roof to display a four-character ‘head code’ to provide information about the identity, nature and destination of the train.

Each power car had two 150bhp Leyland 680 engines with standard mechanical transmission and weighed only 29 tons, despite providing seating for 52 people as well as accommodation for the guard and luggage.

51933 is a Driving Motor Brake Second (DMBS) vehicle , the classification indicating that the vehicle has a driving compartment, is powered, contains a compartment for the guard and luggage, and has second class seating throughout.

The vehicle was delivered new to the London Midland Region in October 1960 and allocated to Manchester’s Newton Heath depot where it formed part of a power-twin set with power car number 52048. Records show that it was transferred to Allerton depot near Liverpool by 1970 (still with partner 52048 as set number AN143), refurbished in November 1979, and returned to Newton Heath depot by 1980 where it formed power-twin set NH157 with partner 52063.

Although the vehicle spent most of its main-line career on the London Midland Region, it was allocated to the Western Region’s Laira depot near Plymouth, where it formed power-twin set P955 with partner 52054, for a few years before it was finally withdrawn from service in February 1993.

It is not clear when it was paired with its current partner (trailer car number 54504) although photographic evidence shows that 51933/52064 and 53971/54504 were stabled together at Longsight depot in June 1993 following their withdrawal from service.

51933 (and partner 54504) were purchased for preservation in the early 1990s and the two-car unit has since spent time at Peak Rail in Derbyshire and the Swanage Railway in Dorset. 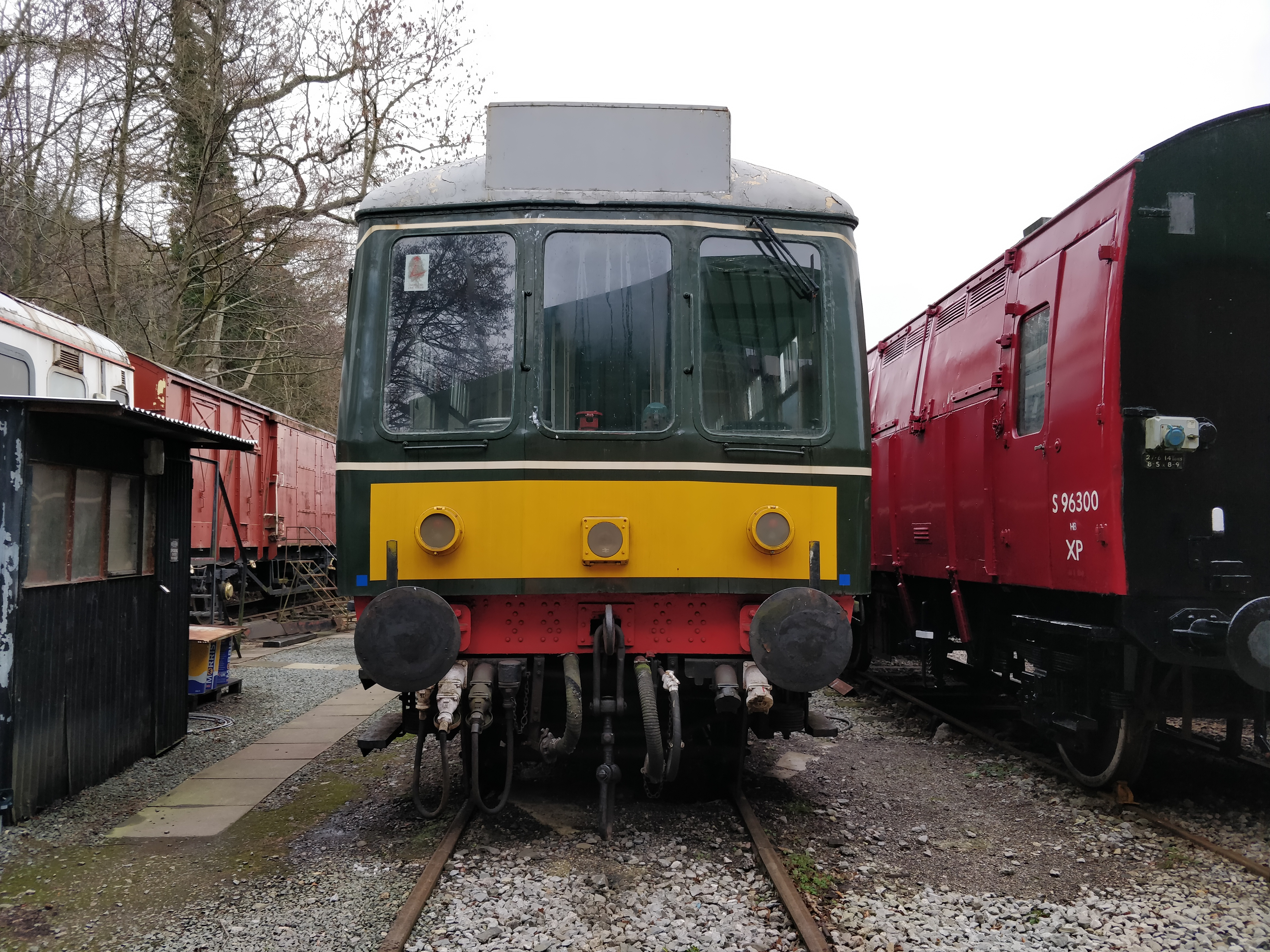 51933 Standing in Pentrefelin depot shortly after arriving at Llangollen.

In 2010 the unit was taken to Eastleigh Works where it was given a full external, internal and mechanical refresh that included a bodyside and roof repaint, engine repairs, and reupholstered seating.

In 2019 the unit was purchased by a private individual and moved to the Llangollen Railway where it is operated and maintained by Llangollen Railcars and sees regular use.