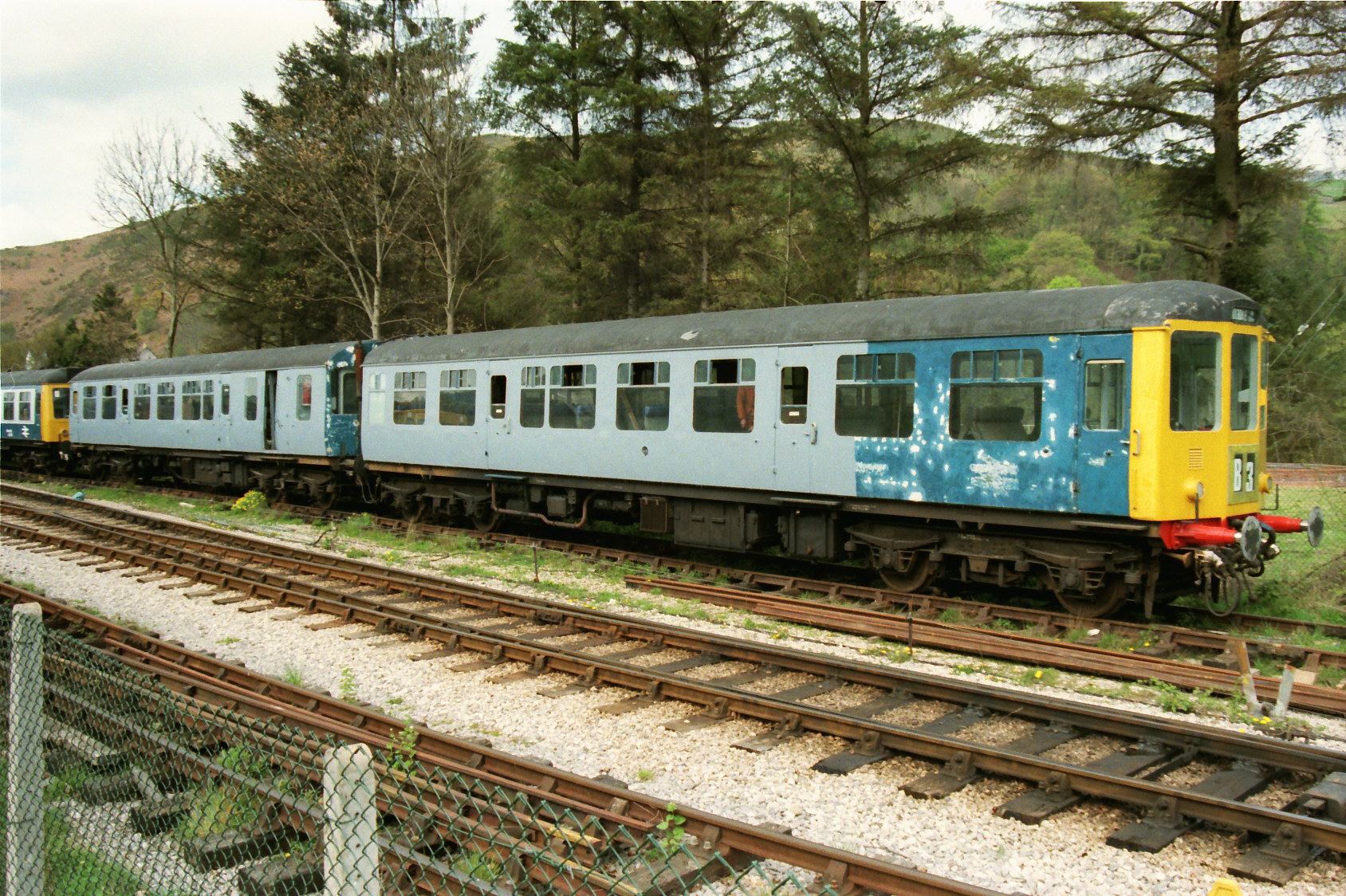 50528-1994. At first the 104 set was based in sidings at Glyndyfrdwy and it was repainted in the open there. It is seen here while being prepared for repainting in BR green. Photo by Mike Martin

The Birmingham Railway Carriage and Wagon Co produced these Driving Motor Composite vehicles to go with the Driving Motor Brakes and centre trailers of the three car sets built in 1957 for the London Midland Region.

They featured the attractive wooden interior (the North Eastern sets had the more common Formica) and are equipped with two Leyland engines in a similar way to the Driving Motor Brake vehicle. This results in a set with sparking performance - having 600bhp for only two coaches. 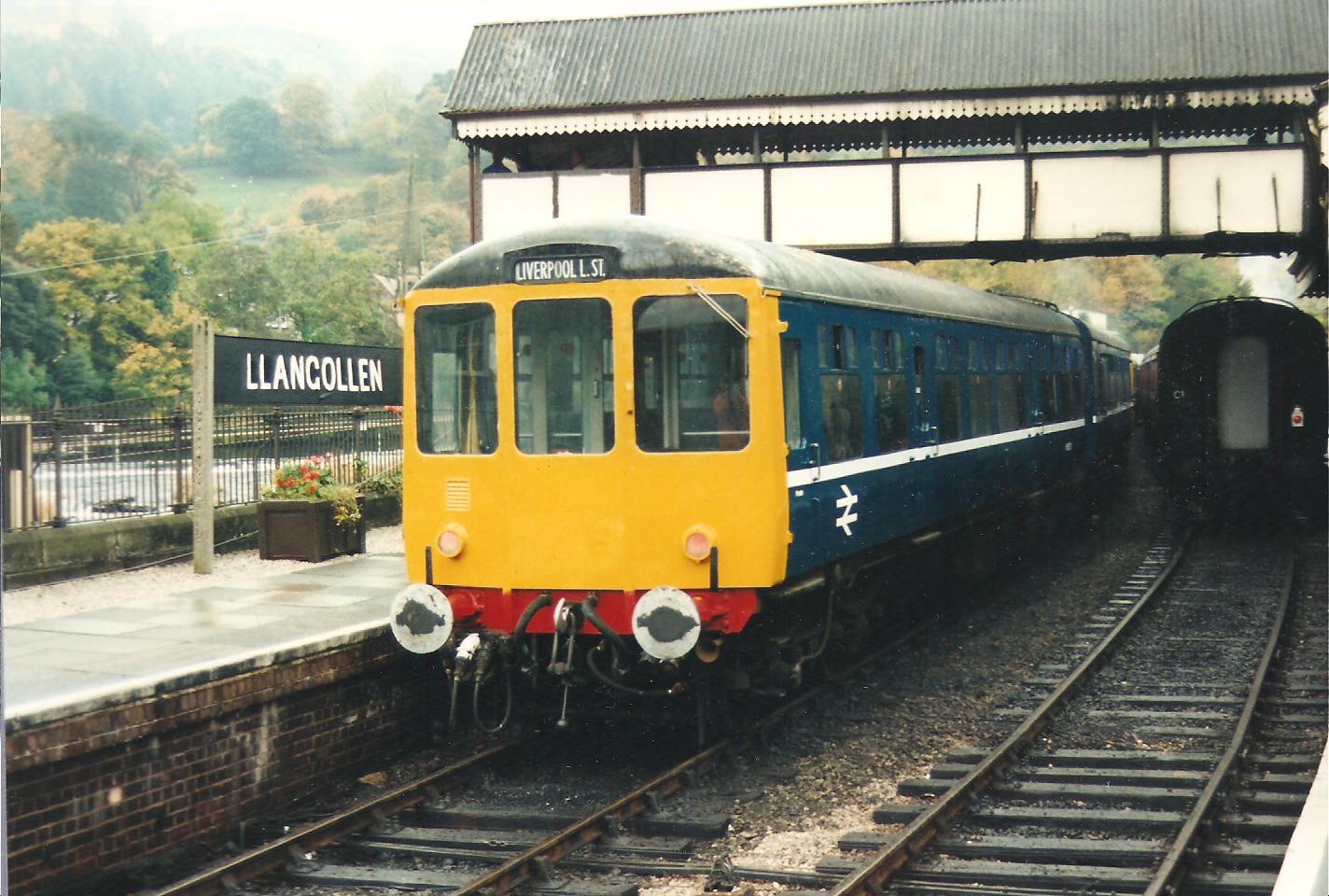 2) 50528-1994 stripe. For short period in the 1994 season 50528 operated in the blue with white stripe livery used for a small number of Class 104s improved for Manchester-Southport semi-express work. Photo by Evan Green-Hughes 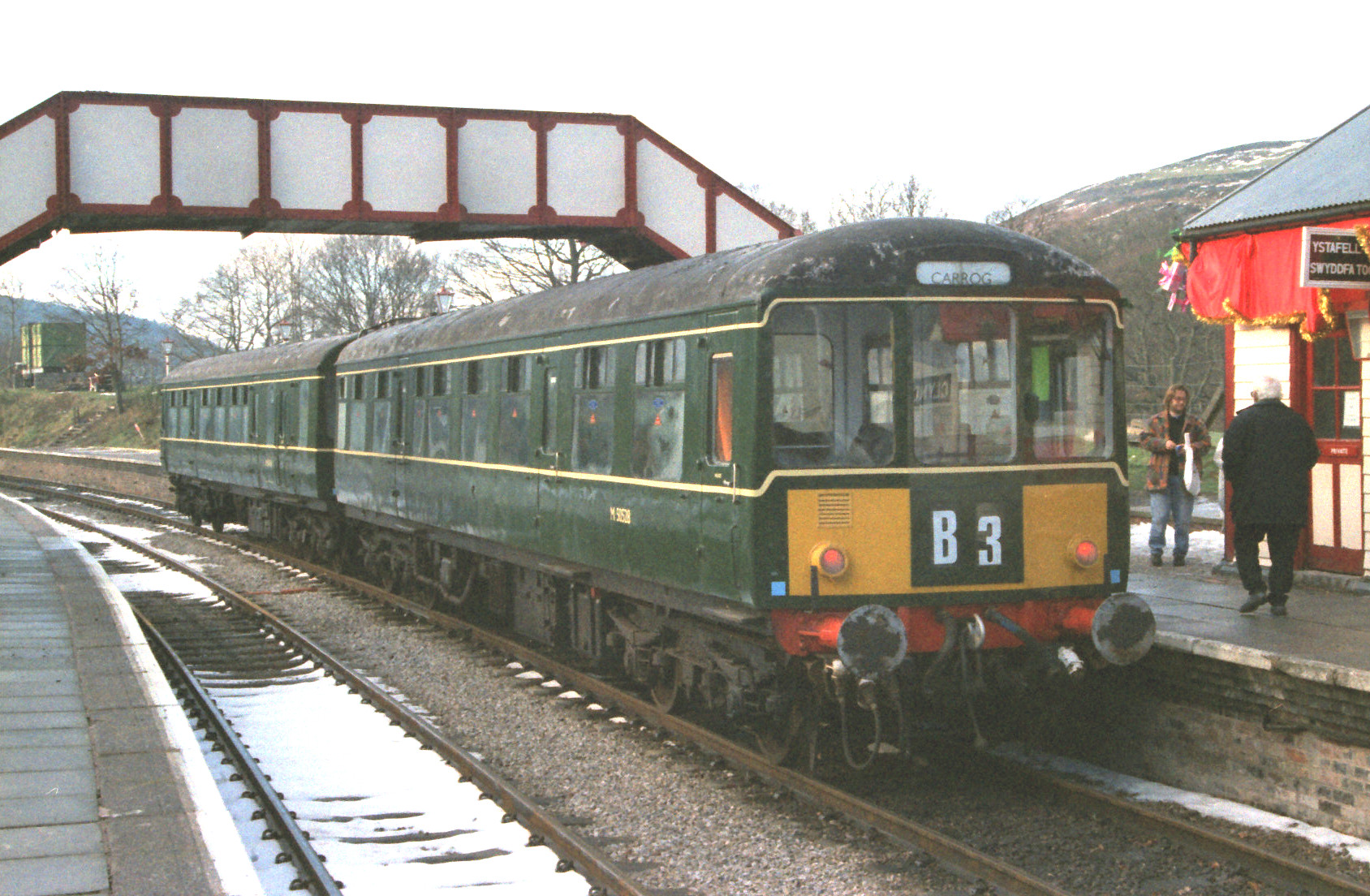 This vehicle was obtained for preservation in 1993 but its restoration was somewhat prolonged due to its poor condition. It was, however, successfully dealt with and has since covered over 35,000 miles in preservation with its partner, M50454.

50528- 2019 onwards. Following preventative work on the cab front, 50528 was turned out with a full yellow end minus the route blind previously carried. Photo By Sam Tugwell 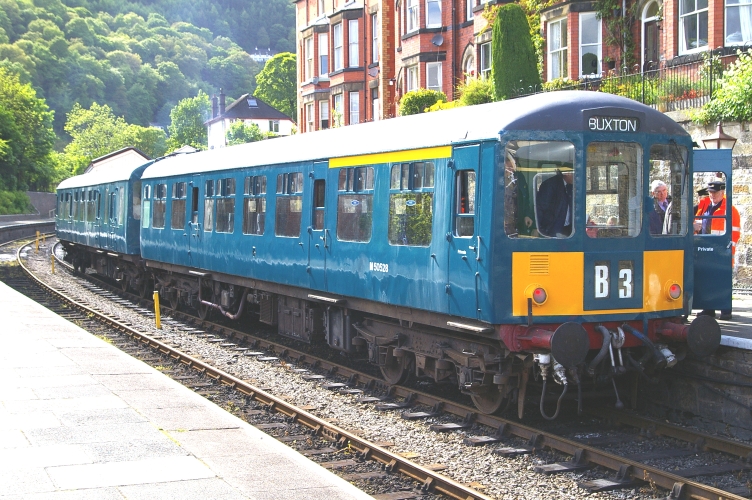 This coach was repanelled inside and new upholstery was fitted in 1998. In 2008 the first class saloon was completely refurbished with powder-coated seatframes, new upholstery and revarnished saloon walls. In 2014 the cab was heavily rebuilt as it had become corroded.

As with 50454 it entered service at Llangollen painted blue with full yellow ends, but later gained the "white stripe" livery for a short time. Following full refurbishment it was fitted with a dummy two-character route indicator and painted in BR lined green which it retained until 2009. It was then repainted in the 1964 version of the British Railways livery, blue with small yellow warning panels. In 2014 it was repainted again, this time in all-over blue with full yellow ends

The first class saloon, with the different seats and extra leg room. Photo By Steve Latham

As it was withdrawn in unrefurbished condition this vehicle retains its wood panelled interior, tungsten lighting and high backed seating. 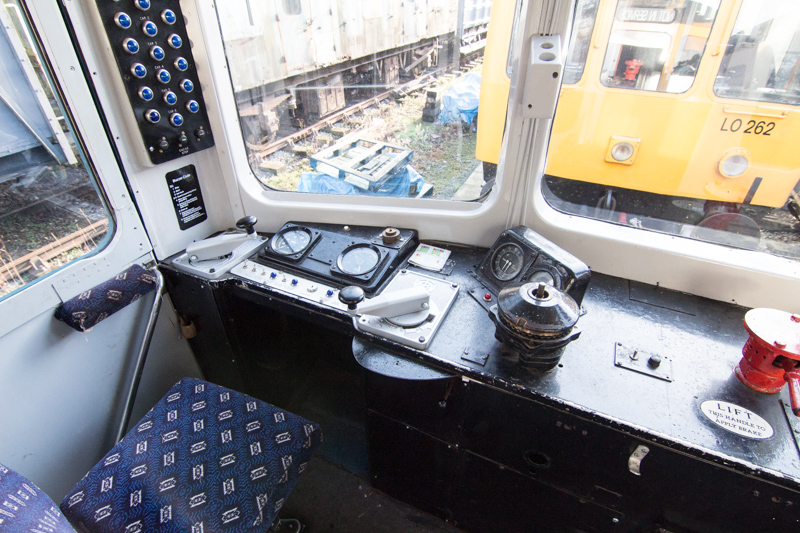 The cab with original air and axle panels. Note how the gauges are better angled towards the driver .Photo By Steve Latham

The cab is similar to the other first generation units, but has many of the controls mounted ontop of, rather than flush with the drivers desk giving a better view of them.