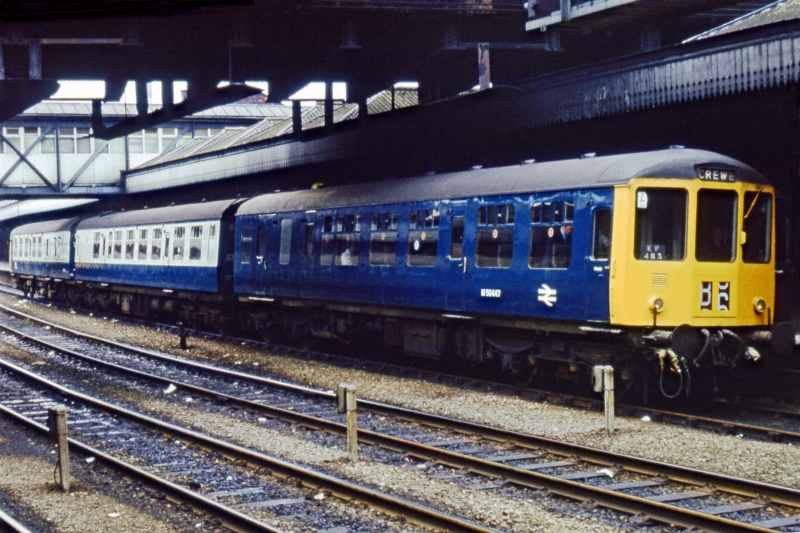 In June 1976 50447 was photographed as it called at Nottingham Station. By this time it was in all blue livery but it retained its two-character route indicator display, which was removed later in its life. Photo By John Woolley

M50447 was built by the Birmingham Carriage and Wagon Co in 1957 as part of Lot no 30293. As a part of a London Midland three-car set it was fitted with a varnished wood interior (Eastern sets had Formica) and was one of those used to eliminate steam on duties in the Crewe area. Equipped with two Leyland 680 engines it is mechanically identical to other Class 104s in the collection. The body has a similar profile to the Mark 1 coach and utilises a similar method of construction. 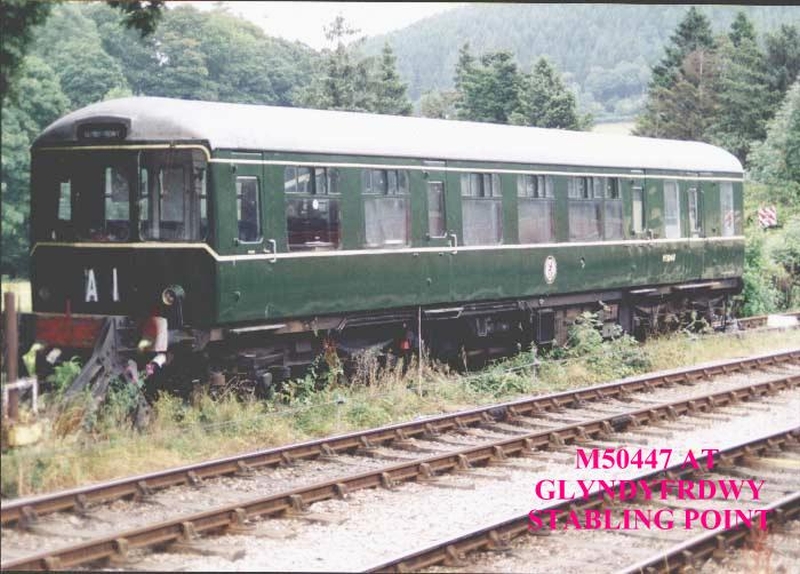 For many years 50447 served as a mess van and store at Glyndyfrdwy Station, for which duties it was repainted on one side only. It is seen here around 2006. Photo By Evan Green-Hughes

This was one of three class 104 vehicles to be moved to Llangollen around 1994, and one of two DMBS vehicles. Sister vehicle 50454 was in better condition and it was decided to press that vehicle into service.

50447 was used as the groups mess facility from 1994 to 2010, and was painted on one side in BR green when it was stabled at Glyndyfrdwy Sidings (The groups old home).

The engines were started up for the first time in many years around 2012, with a view to restoring the vehicle when other projects have finished. 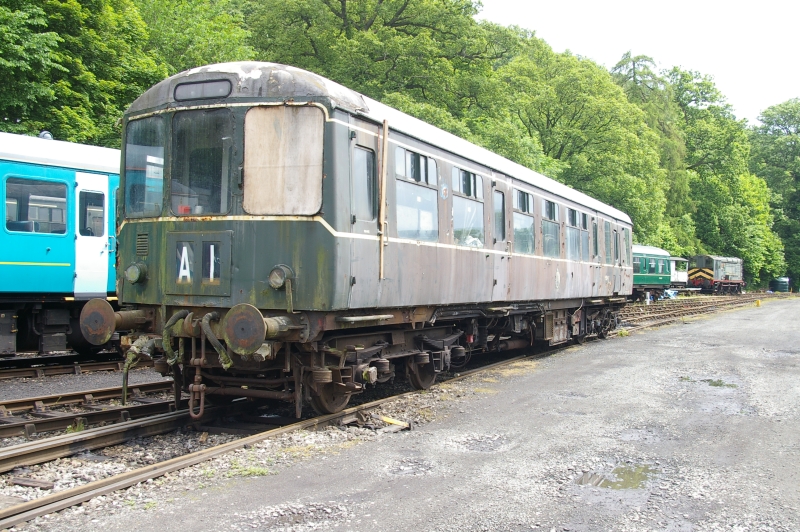 50447 is normally stored in Pentrefelin Yard, where it is in use to house parts from other restorations which are currently ongoing. It was shunted into a position for better photography for the June 2013 Gala. Photo By Evan Green-Hughes

50447 remains in store at Pentrefelin, awaiting it's slot at being restored by the group.